100% of participants with knee OA experienced a reduction in pain with the Spring Loaded knee brace.

This case series explored the clinical benefits of the Spring Loaded tri-compartment offloader (TCO) among patients with diverse patterns of knee osteoarthritis (OA). Unlike previous bracing studies, this study did not limit its study population to individuals with similar OA patterns or symptoms.

A survey was completed in a group of 40 adults who exhibited varied patterns of activity-related knee pain characteristic of patellofemoral (PF), tibiofemoral (TF), or combined PF and TF OA. Participants used the TCO brace for at least 1 month and reported on outcomes including pain, function, physical activity, quality of life, and use of medications and other treatments before and after brace use.

Validated outcome measures including the visual analog scale (VAS) and the Lower Extremity Functional Scale (LEFS) were used to assess pain and physical function, respectively. Exploratory measures were used to quantify physical activity levels and use of medication and other treatments.

Following TCO brace use, patients reported significant improvements in measures related to pain, function, mobility, and use of medication and other treatments. These findings indicate strong promise for the TCO brace to serve as a conservative treatment gap for individuals with varied knee pain symptoms indicative of PF or multi-compartmental OA.

Major findings can be summarized as follows:

The improvement in pain scores with a Spring Loaded brace for all OA types exceeded the externally validated “PASS” threshold (orange line) 1
- Tubach et al. 2005. Ann Rheum Dis. 64(1); that is, the pain score below which patients typically consider themselves well. 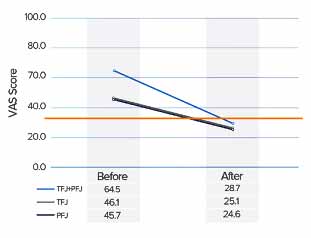 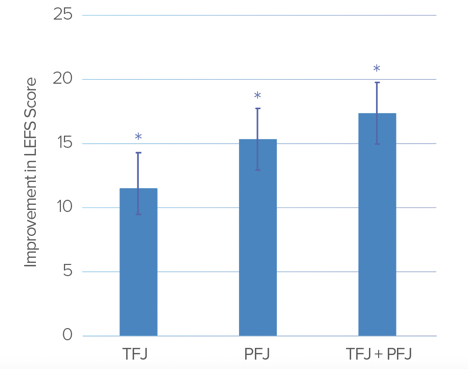 A statistically significant improvement in functional scores was above the minimum clinically relevant threshold of 9 points on the LEFS scale for all OA symptom groups. 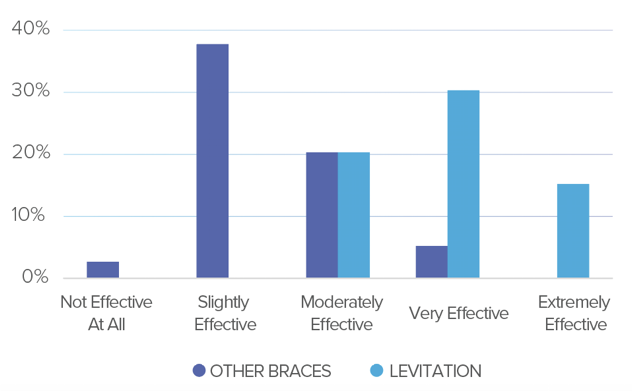 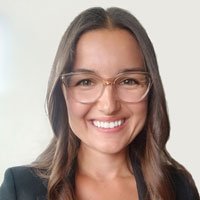 Budarick is currently pursuing her PhD in Health at Dalhousie University. Her research aims to understand interactions between clinical biomechanics, physical activity, and physical function in individuals with knee and hip osteoarthritis. 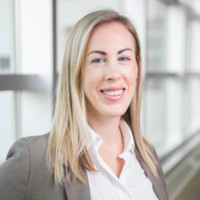 Dr. Bishop is a postdoctoral fellow and clinical research associate for Spring Loaded. Based out of the McCaig Institute of Joint and Bone Health, where she works closely with patients to conduct clinical and biomechanical research on the Levitation knee brace. 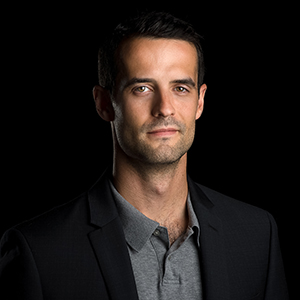 Dr. Cowper-Smith is a published and award-winning scientist and CEO of Spring Loaded Technology. He works closely with industry experts, researchers, clinicians, and patients to develop innovative products that have the potential to improve quality of life.

Spring Loaded is currently collaborating with researchers at the University of Calgary to understand how the use of the Levitation knee brace influences user-reported outcomes such as pain, knee function, quality of life, physical activity levels and use of medication and other treatments. U of C researchers are also quantifying the potential of Levitation to offload the patellofemoral and tibiofemoral knee compartments.